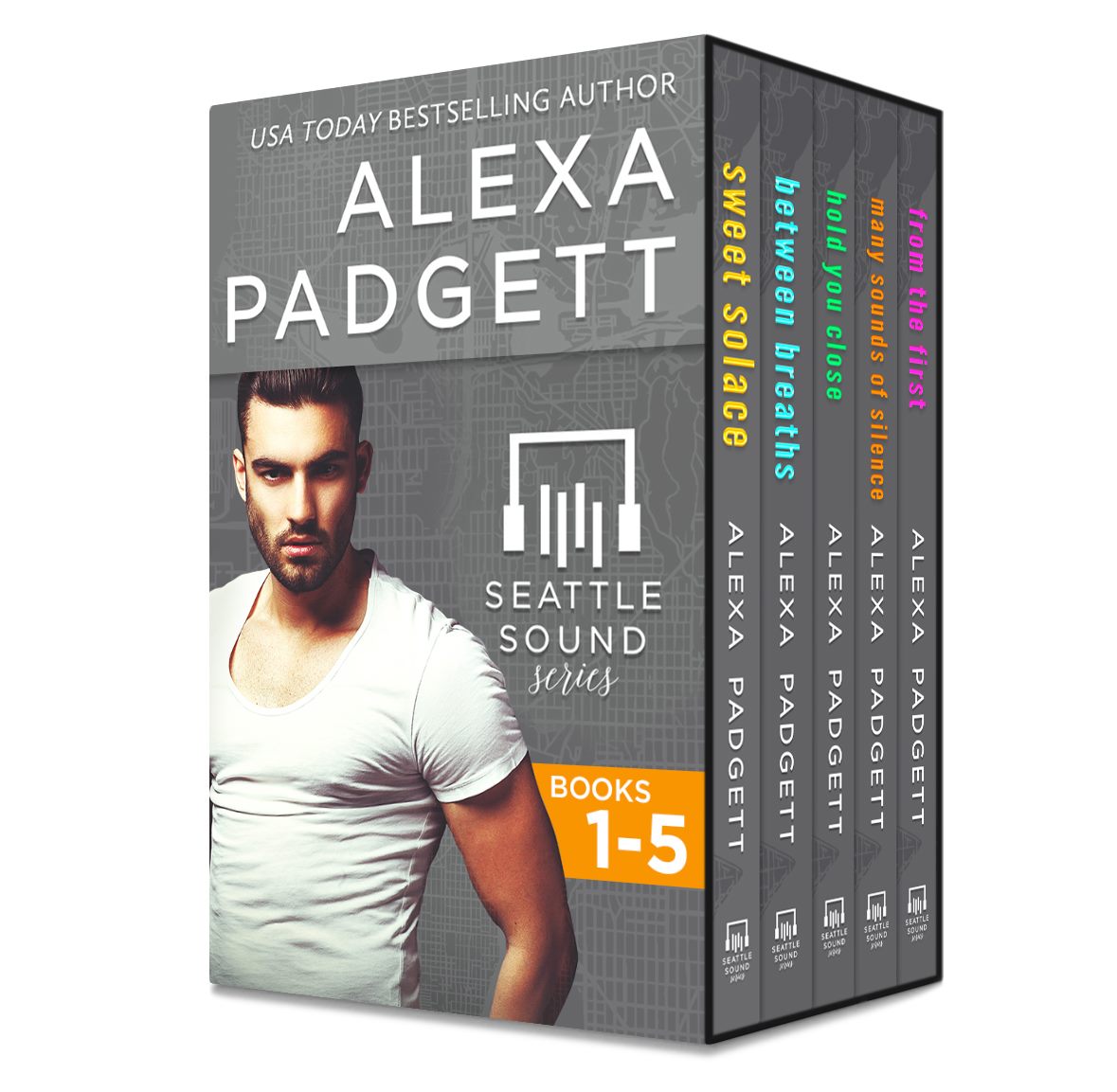 Books 1-5 of the Seattle Sound Series

In THE MANY SOUNDS OF SILENCE, college sophomore Abbi Dorsey has plenty going for her even before acquiring a rock star stepdad. But one night she can’t remember has produced a set of photos the media won’t let her forget. Green-eyed guitarist Clay Rippey is happy to play Abbi’s boyfriend for the press—until their attraction becomes all too real.

In FROM THE FIRST, singer Kai Luchia knows he’s the classic frontman: charismatic, talented, and full of commitment issues. Shy, sultry Ph.D. student Evie Mercer might be his dream girl, but that only makes her more dangerous. Until the little girl they both love inspires a reckless plan: to keep her out of the foster system, Kai and Evie have to get married. And hope their tantalizingly messy feelings don’t ruin it all…

“What a fantastic collection of books! I absolutely adored this series. Alexa Padgett knows how to write a book that will grab you and keep you captivated until the very end. This series is really well written. The characters are incredibly likable. Love, emotion, suspense, some steam…..this series has it all.” – Ang (Amazon Review)

Alexa is the creator of the award-winning Seattle Sound, An Austin After Dark Book, and other book series.
Read More